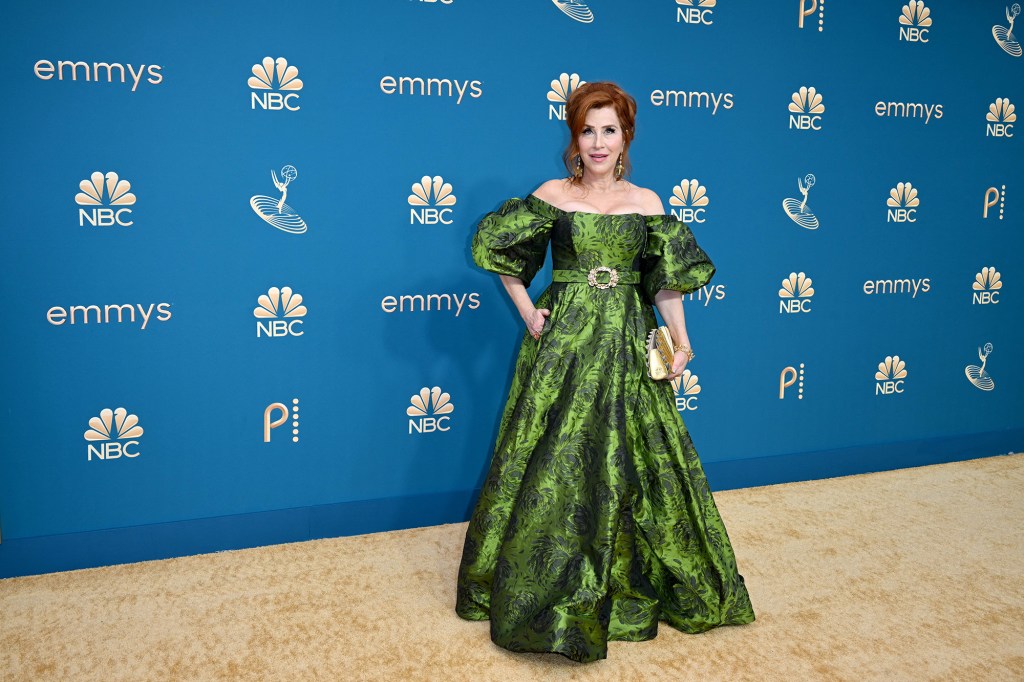 Nominee Sheryl Lee Ralph of “Abbott Elementary” had a vogue fake pas earlier than ever arriving at the Emmys.

“A designer gave my co-star and me the identical sketch for a similar robe,” she mentioned, having found it on set when Lisa Ann Walter confirmed Ralph what she was sporting to the awards.

“Up till 5 days in the past I had no robe so Brandon Blackwood stepped up. He was in Japan and began rendering the robe on his Pacific flight,” Ralph mentioned.

Ralph was resplendent in a black velvet strapless robe with orange underside and a slit to her higher thigh. She carried a tiny orange purse.

Glamour was back Monday at the Emmys with some metallic sparkle and many brilliant colour as an otherworldly Britt Lower, Old Hollywood Elle Fanning and their fellow stars walked the gold carpet in sticky Los Angeles humidity.