BTS’ V steps out of his Seoul home to visit the countryside, tucks a flower behind his ear. See pics 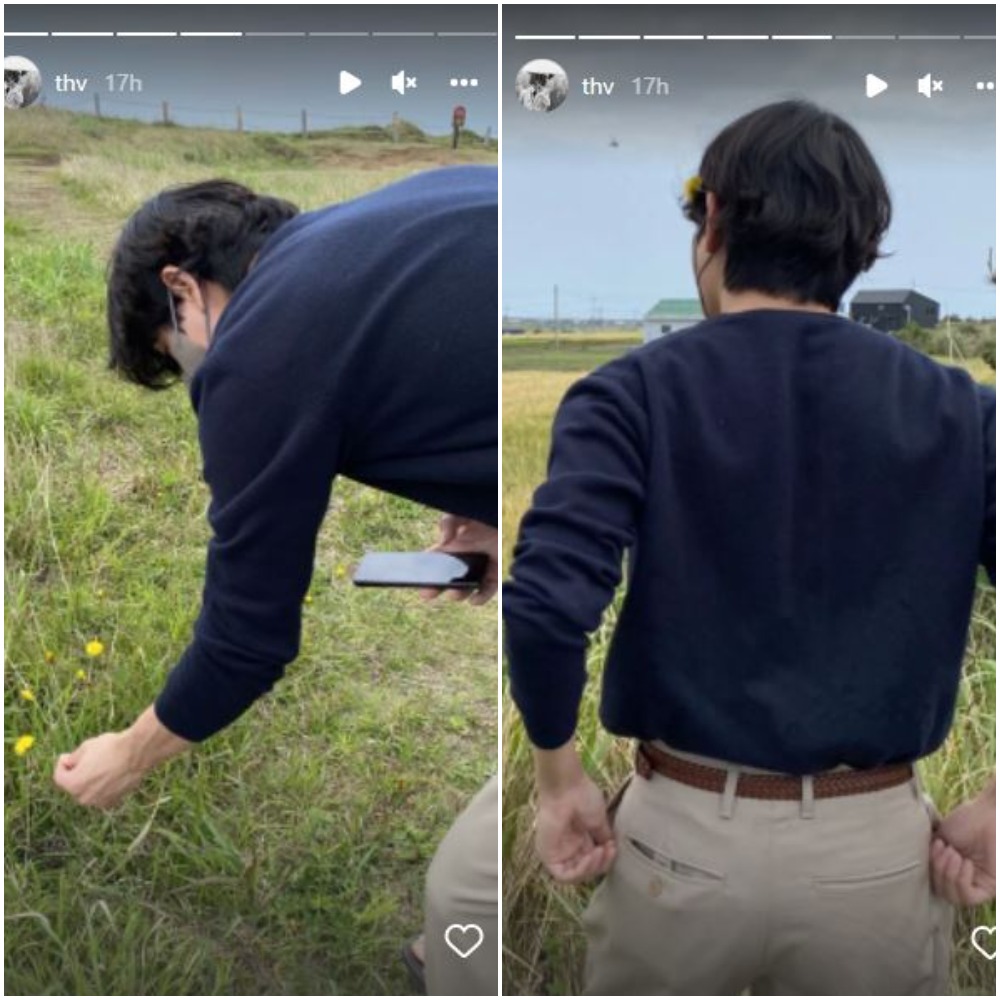 In the photographs, V wore a navy blue sweater and paired it with gray pants and sandals. He additionally accessorised with a brown belt and wore a masks.

In one of the photographs, V is seen bending down and holding a flower. He tucked a yellow flower behind his ear in one other image. V had his again to the lens when the footage have been clicked. The singer additionally shared a image of a canine peeking from behind a inexperienced gate.

V’s visit comes after his fellow BTS members RM and J-Hope shared footage as they too spent their day open air. Recently, RM shared footage on Instagram as he took a stroll amid nature. The rapper posted a number of photographs as he sat on big rocks. He additionally gave a glimpse of himself as he sat in entrance of a retailer and loved wine. Reacting to the image, V had commented in Korean, “Where are you?” RM replied with mountain emojis.

J-Hope shared footage as he posed in entrance of buildings. As translated by Instagram person btsweverse_translation, J-Hope captioned the publish, “Adult’s look.” V requested him too, “Where are you?” He replied, “Of course, I’m at home.”

Meanwhile, BTS members RM, Jin, Suga, J-Hope, Jimin, V and Jungkook are at the moment awaiting the launch of their upcoming anthology album Proof. Recently, the songs of CD 1 and CD 2 have been revealed. They embrace new in addition to BTS’ previous songs.