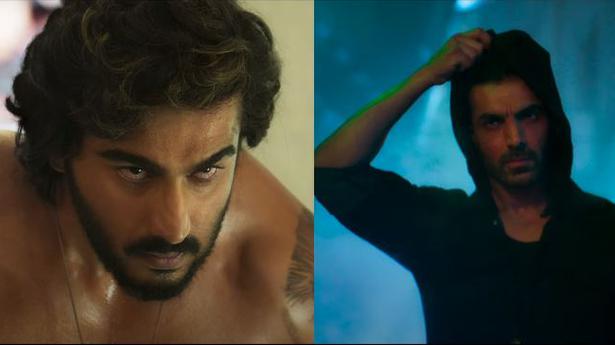 Also starring Disha Patani and Tara Sutaria, the movie is slated to hit screens on July 29

Also starring Disha Patani and Tara Sutaria, the movie is slated to hit screens on July 29

The trailer of Ek Villain Returns, starring John Abraham, Arjun Kapoor, Disha Patani, and Tara Sutaria, was launched earlier as we speak. Directed by Mohit Suri, the serial-killer action-drama is a sequel to his 2014 movie Ek Villain, which starred Sidharth Malhotra, Shraddha Kapoor, and Ritiesh Deshmukh within the lead.

The trailer of the new movie, spanning virtually three minutes, opens with a character (performed by JD Chakravarthy) talking about Rakesh Mahadkar, the villain character of the primary movie. Soon, it’s revealed that eight years after the occasions of the primary movie, one other serial killer is on the unfastened, one who preys on girls who don’t reciprocate like to males. The trailer then provides a glimpse into the characters performed by John and Arjun, who surprisingly even have a face-off within the midst of all of the insanity. Towards the top, the trailer additionally hints that the characters performed by Disha and Tara may additionally have a villainous streak to them.

Interestingly, the trailer additionally has a remixed model of Galliyan, a chartbuster track from the primary movie. The new movie has music composed by Ankit Tiwari, Tanishk Bagchi, and Kaushik-Guddu.

Produced by T-Series and Balaji Tele Films, Ek Villain Returns is about to hit screens on July 29