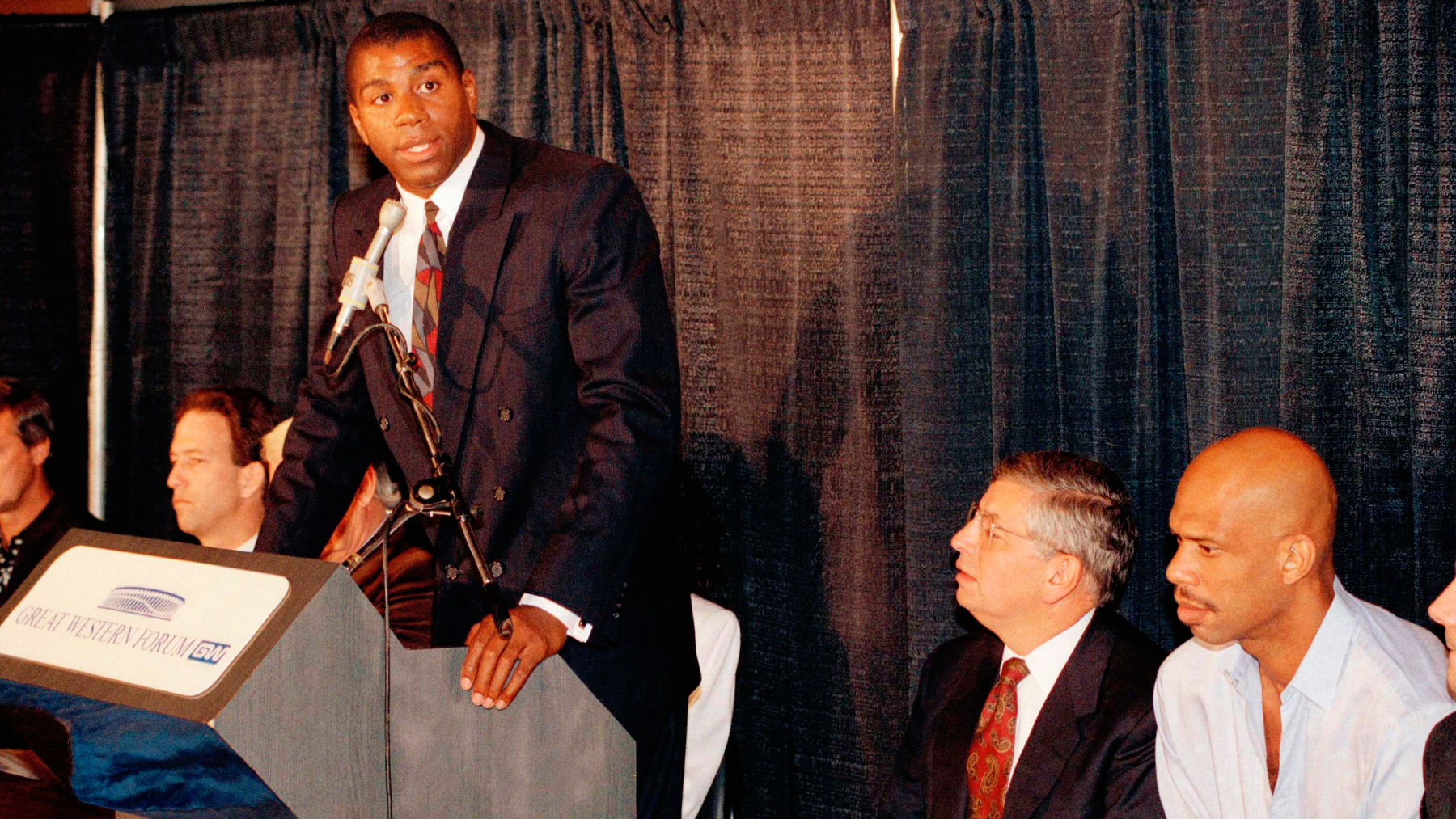 “It’s the one press convention I’ve been to the place reporters are crying,” remembers Steve Springer

Magic Johnson’s teammates recall the harrowing day the NBA legend introduced he’d examined optimistic for HIV and must retire from basketball in a brand new clip from an upcoming episode of the docuseries Legacy: The True Story of the L.A. Lakers

Johnson revealed his prognosis and choice on Nov. 7, 1991, addressing a room so filled with reporters that Laker Byron Scott famous his teammates might barely squeeze in with them. Another considered one of Johnson’s teammates, Steve Springer, famous, “It’s the one press convention I’ve been to the place reporters are crying.”

While at the moment, an HIV prognosis was largely thought of a dying sentence, Johnson maintained an optimistic outlook, saying at one level, “This is just not like my life his over, as a result of it’s not, I’mma dwell on.”

But As Gary Vitti recalled, the prognosis left many scared for Johnson’s future. “I admired his energy, I used to be like, ‘Oh my gosh.’ But in my thoughts, I’m going, he’s in denial. He’s gonna die.” (Johnson not solely managed to outlive however turned a outstanding HIV advocate for HIV/AIDS analysis.)

Johnson’s HIV prognosis and retirement might be lined in episode 4 of Legacy, which might be launched on Aug. 29 on Hulu.