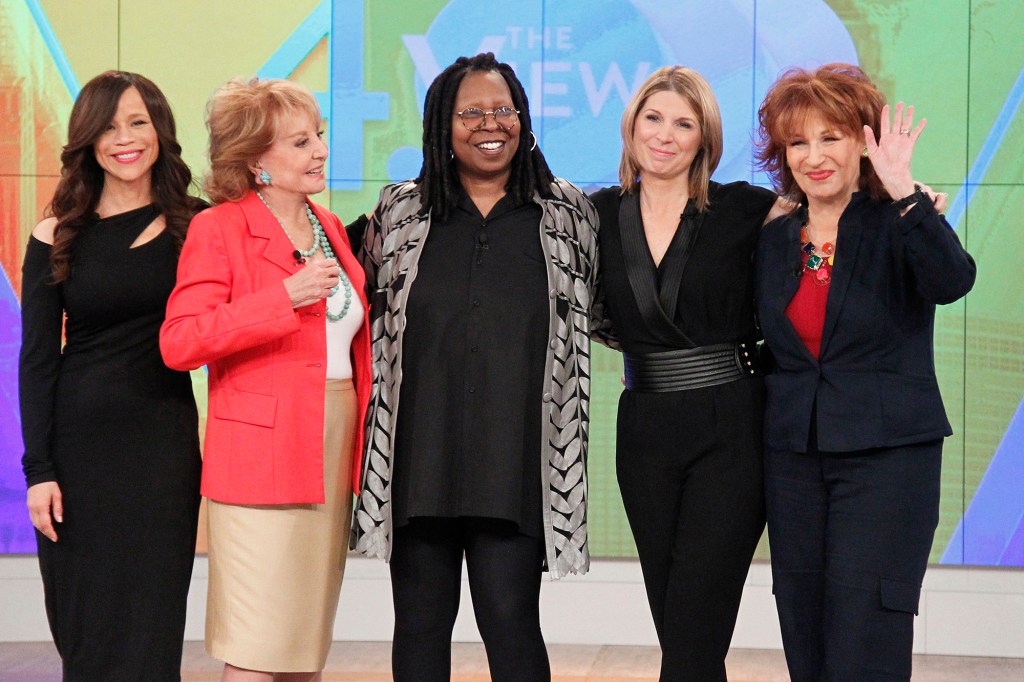 Behar, 72, is opening up about how “The View” creator and former co-host Walters, 92, practically fired her in 2016 for by accident spilling that Rosie O’Donnell, 60, could be becoming a member of the panel of girls on the speak present.

In a clip for Hulu’s upcoming “Behind the Table: A View Reunion” special — that includes former co-hosts Meredith Vieira, Star Jones and Debbie Matenopoulous — Behar recalled the time Walters unexpectedly known as her to say an Entertainment Weekly author contacted Walters as a result of they have been tipped off concerning the information.

“[EW] mentioned, ‘Oh, and Rosie O’Donnell’s coming on the present. And guess who advised them?’” Behar recalled Walters telling her of their dialog.

“[Walters] mentioned, ‘No, you! Joy Behar did that. And I need you to know that I’m not renewing your contract,’” Walters reportedly admonished Behar.

“I mentioned, ‘Barbara, it was only a mistake,’” Behar mentioned. “It was an trustworthy mistake.’

However, Walters apparently wasn’t having it and sternly continued to inform Behar off.

“‘You’re a free cannon, and I’m not renewing your contract,’” the mom of 1 recalled of Walters’ comeback. “I mentioned, ‘Barbara, come on! It’s, like, no massive deal right here.’”

Walters reportedly continued to adamantly inform Behar “No!” earlier than hanging up the phone.

“For a minute, I used to be surprised,” the “The Great Gasbag” writer mentioned. “I used to be, like, ‘Really? For that?’”

Of course, Behar has remained part of the cantankerous present since its premiere in 1997.

“Behind the Table: A View Reunion” will stream Monday, June 20, on Hulu.