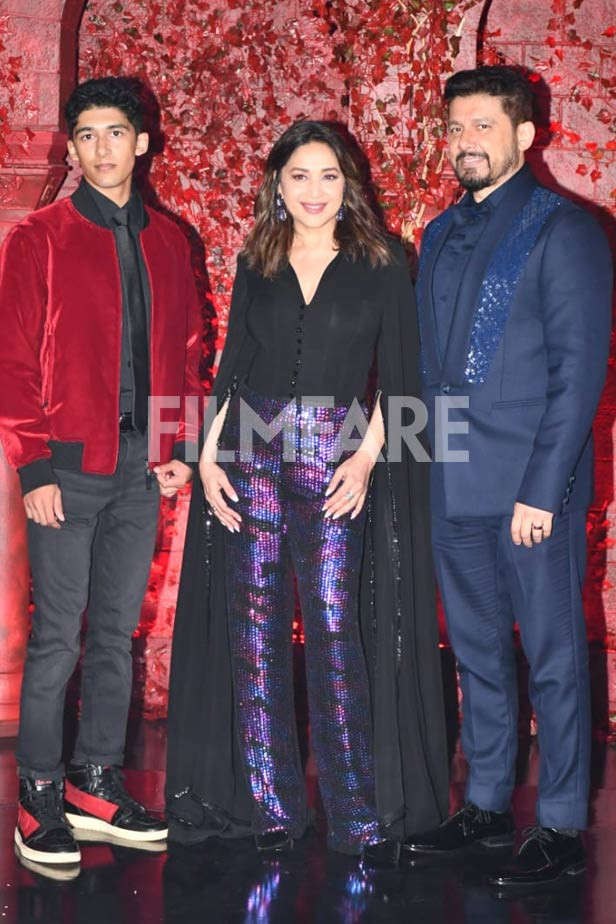 Families that slay together, stay together and there were plenty of family gatherings at one of the biggest events of the month – Karan Johar’s birthday party. The producer celebrated his 50th birthday on May 25 this year. To mark the occasion, he threw a lavish blingy party for his loved ones and the biggest stars of the Bollywood film industry. As the guests showed up on theme to celebrate Kjo, many attendees made an appearance with their kids and it was a total treat to watch them together. For starters, Madhuri Dixit Nene took to the red carpet before she was joined by her husband and her son Arin. While Shah Rukh Khan did not make a red carpet appearance at the bash, Gauri Khan arrived with her son Aryan Khan who looked dapper in a black suit. Sara Ali Khan took to the red carpet with her brother Ibrahim Ali Khan and the two were stunned by their evening looks. Saif Ali Khan and Kareena Kapoor Khan were also present making it a family affair. Apart from them, Shweta Bachchan-Nanda was also present with her daughter Navya Naveli Nanda.

Karan Johar’s birthday party was attended by the who’s who of the entertainment industry. Among those gracing the event were Aishwarya Rai Bachchan, Abhishek Bachchan, Katrina Kaif, Vicky Kaushal, Hrithik Roshan, Salman Khan, Ranveer Singh, Shahid Kapoor, Anushka Sharma, Kajol and others. The bash is the talk of the town as fans can’t help but gush over stunning pictures.