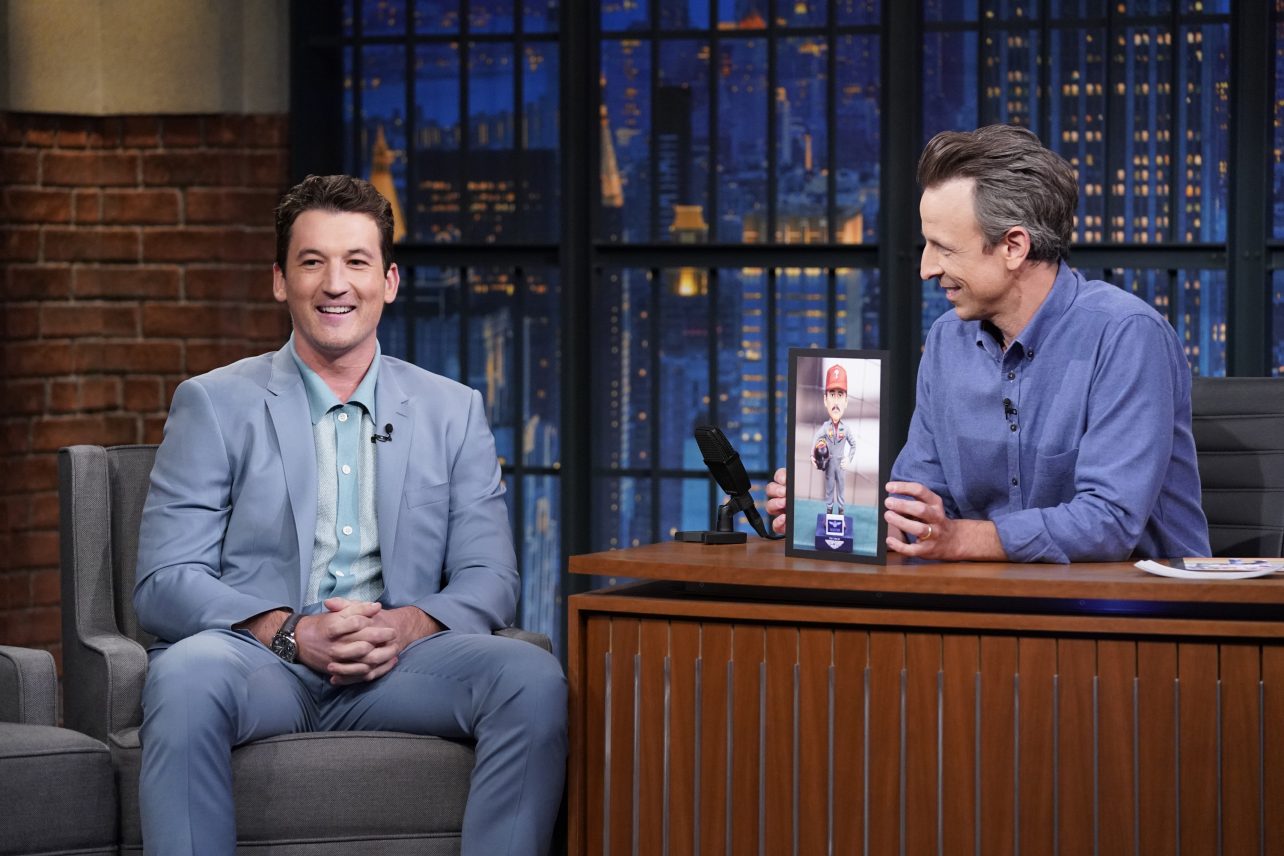 Miles Teller discovered he’s a real badass whereas filming the sequel to Top Gun. During a sit-down with Seth Meyers on Late Night Tuesday (June 14), Teller recalled the second he found that he had jet gas in his blood whereas on set of the lately launched movie.

“We landed, and I’m similar to, ‘Man, I’m not feeling too good,’” Teller recalled. “I used to be actually scorching, and I simply began itching like loopy. So I get out of the jet, and I’m simply lined in hives — like, head to toe.”

Once discovering that he may play join the dots along with his total physique, Teller visited the physician’s workplace for a blood take a look at. He later went house and soaked in an oatmeal bathtub that night time for reduction (“I’ve delicate pores and skin anyway, fact be advised,” he advised the host of his “Irish-Scottish pores and skin”).

“My bloodwork comes again, and I’ve flame retardant, pesticides, and jet gas in my blood,” he added.

Like any regular human being, Teller was a bit nervous about his well being, however then a lightbulb clicked off, “Then I assumed, wait a second, that is truly kinda cool.”

The subsequent day whereas on set, Miles was keen to inform star Tom Cruise about his go to to the physician’s workplace, “I used to be like, ‘Well, Tom, it seems I’ve jet gas in my blood.’ Without skipping a beat, Tom simply says, ‘Yeah, I used to be born with it, child.’”

Added Teller, “So that was a really Tom second for me.”

Top Gun: Maverick is now taking part in in theaters, and watch the video above to see Miles Teller’s interview on Late Night.