Quinta Brunson Laughs Off Jimmy Kimmel’s Disrespectful Emmys Bit: “I Might Punch Him In The Face” 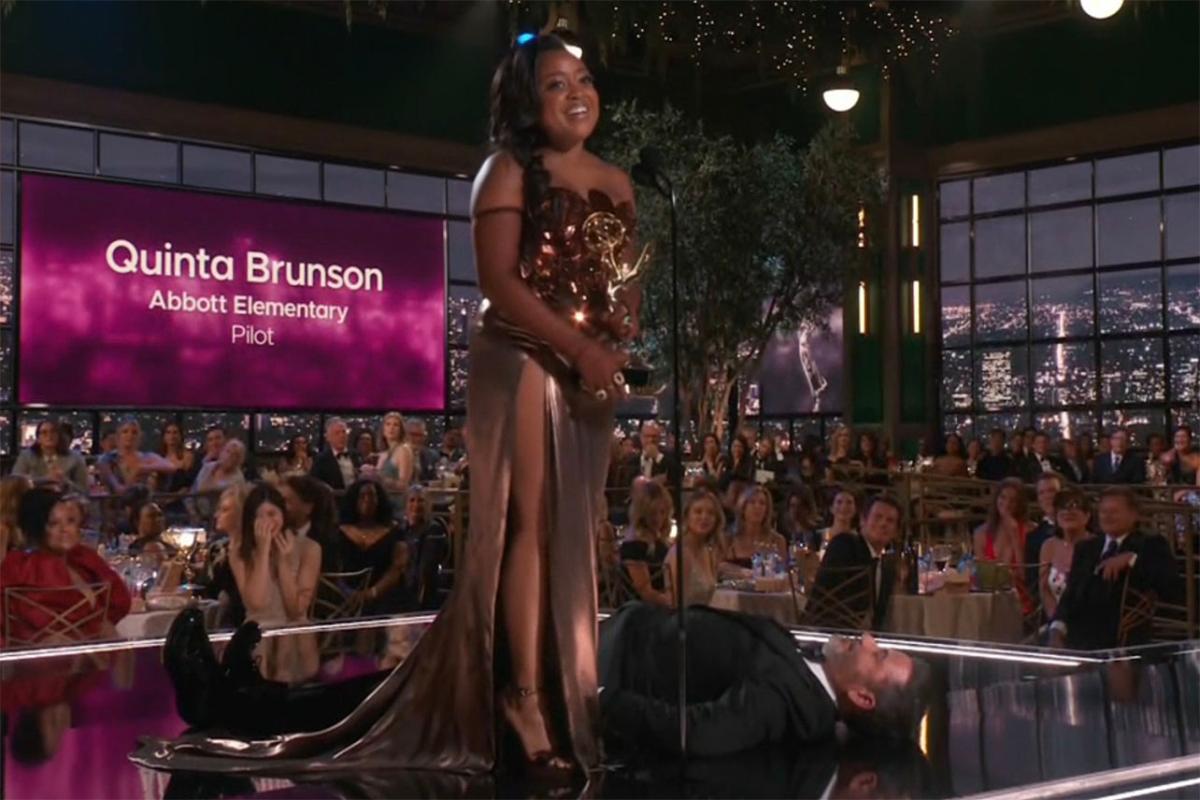 Following the Emmys, there’s no dangerous blood between Quinta Brunson and Jimmy Kimmel. But the Abbott Elementary creator stated that may change come Wednesday.

At Monday’s 74th Primetime Emmy Awards, Kimmel came under fire for committing a bit of too onerous to a bit and awkwardly remaining on the ground of the Emmys stage whereas first-time winner Brunson accepted her award for Outstanding Writing on Abbott Elementary.

Prior to Brunson’s win, Will Arnett dragged a seemingly lifeless Kimmel out by his toes and joked he was handed out drunk after dropping in his class. But slightly than retire the bit after the award was offered, Kimmel remained on the bottom at Brunson’s toes for her speech.

Kimmel’s selection was criticized on social media as obnoxious, infuriating “asshole conduct.” Fans of Brunson argued that the stunt took away from her large second, however when requested in regards to the bit after her win, Brunson had sort phrases to say about Kimmel and Arnett.

In a video shared by Variety, Brunson laughs off Kimmel’s bit and explains, “I don’t know. I don’t actually — I do know Jimmy Kimmel and…I felt just like the bit didn’t trouble me that a lot. I don’t know what the web thinks.”

Brunson went on to share that Kimmel gave her her first large late night time spot and was certainly one of Abbott Elementary‘s first followers. “I believe in that second I used to be simply actually pleased that it Jimmy up there,” she stated. “I form of think about him one of many comedy godfathers. I’m an enormous fan of Will Arnett. So I used to be wrapped up within the second.”

“I don’t know. Tomorrow perhaps I’ll be mad at him. I’m going to be on his present on Wednesday, so I would punch him within the face. I don’t know, we’ll see what occurs,” Brunson concluded.

Kimmel has but to touch upon the Emmys controversy, however like Brunson stated, they’ll possible hash it out when she visits his present on Wednesday. Stay tuned!