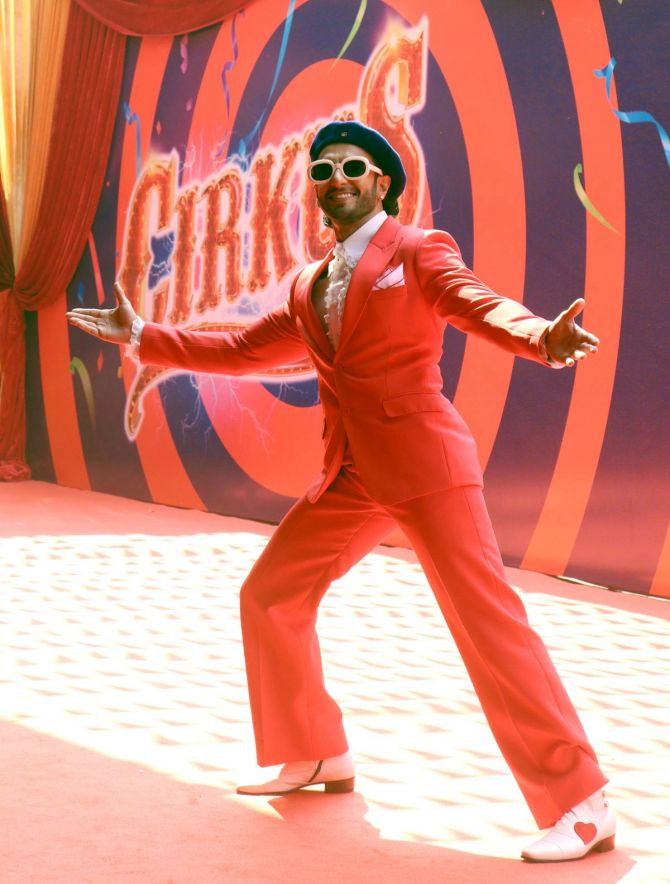 Rohit Shetty, that king of blockbusters, and his ‘comedy-verse’ of actors got here collectively to launch the trailer of their subsequent laughathon, Cirkus.

The occasion, as anticipated, was as entertaining as Shetty’s motion pictures.

Ranveer Singh made some attention-grabbing revelations.

Hitesh Harisinghani/Rediff.com brings us enjoyable clips from the launch:

Ranveer Singh and Varun Sharma play double roles in Cirkus, a movie that takes inspiration from the Bard’s The Comedy Of Errors (Decades in the past, a bunch of amazingly gifted individuals had doffed their collective hats to the identical play and, in 1982, dropped at us the rib-tickling Angoor. Director Gulzar’s fantastically chosen forged included Sanjeev Kumar, Deven Verma, Deepti Naval, Moushumi Chatterjee and Utpal Dutt).

The trailer has its amusing moments, particularly that big USP, however does it make Johnny Lever snort?

Ranveer, nevertheless, is decided to maintain everybody in splits as he comes up with some zany confessions!

Which brings to thoughts the query — sooner or later or the opposite, you will need to have puzzled why Ranveer is so atrangi

Rohit Shetty makes a courageous stab at answering that query.

Everyone’s somewhat afraid of Rohit Shetty. But who could make Rohit nervous? We’ll let Siddhartha Jadhav — with roles in Golmaal: Fun Unlimited, Golmaal Returns, Simmba and Sooryavanshi, he is a daily in Shetty’s movies — let you know.

While the movie will launch on December 23, listed below are some extra ‘mad’ moments from Cirkus‘s trailer launch.

Jacqueline Fernandez leaves her problems behind and lets her brilliant smile shine for the cameras!

Before he wraps up for the day, Rohit Shetty turns the digicam on the photographers.