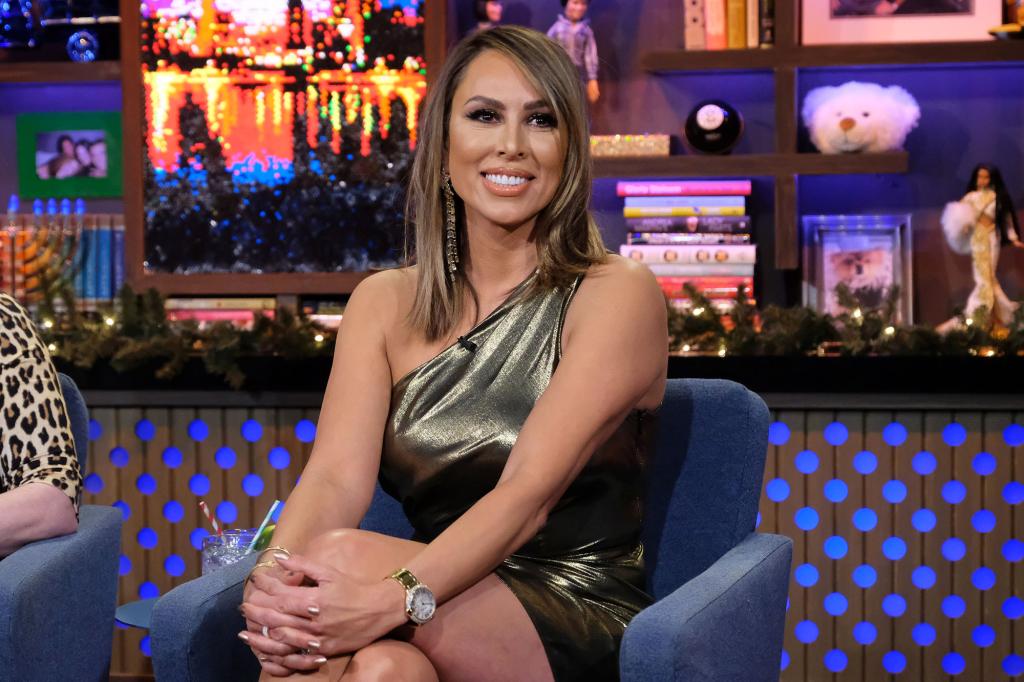 Gina Kirschenheiter of “The Real Housewives of Orange County” slammed “troll” Kelly Dodd for insulting her throughout a latest Up and Adam! YouTube interview.

The skincare entrepreneur, 38, posted a TikTok in which she reads aloud Dodd’s sneering condemnation of just about each facet of Kirschenheiter’s life: “Her boyfriend is a dud. Her home is a dud. She doesn’t have a number of homes.

“She’s attempting to do some faux skincare line, which is bulls–t. She clothes like crap. Her posture is horrible. Like no one needs to look at that.

“She doesn’t actually have a very good physique. There is nothing to her that you’d wish to aspire to,” is how Dodd’s excoriation concluded.

Kirschenheiter, after articulating the cruel rant with a wry smile, appeared each bemused that Dodd, 46, would tear aside each facet of her life.

“I imply, truthfully, it’s like rattling, this troll f–king hates me,” started the native Long Islander, responding to the laundry record of critiques.

“And I’m having this, like, imaginative and prescient, it’s like Linda Blair s—t. There’s simply, like, diarrhea, spinning out your face … in every single place you go, girlfriend. So, good for you. You scent like s—t,” she retorted conclusively.

Dodd’s harsh tirade was seemingly prompted by Up and Adam! host Adam Newell merely asking what she considered Kirschenheiter.

Dodd and Kirschenheiter overlapped on “RHOC” from Seasons 13 to fifteen.

Dodd and Kirschenheiter overlapped on “RHOC” from Seasons 13 to fifteen.

“They had loads of enjoyable collectively and are glad…

Dodd, prefacing the rant, instantly responded that she thought of Kirschenheiter to be the “worst.”

Elsewhere within the interview, Dodd’s husband Rick Leventhal opened up about his strained relationship together with his daughter, Veronica Leventhal, and his hopes for reconciliation.