‘The Woman King’ reigns at box office on its opening night 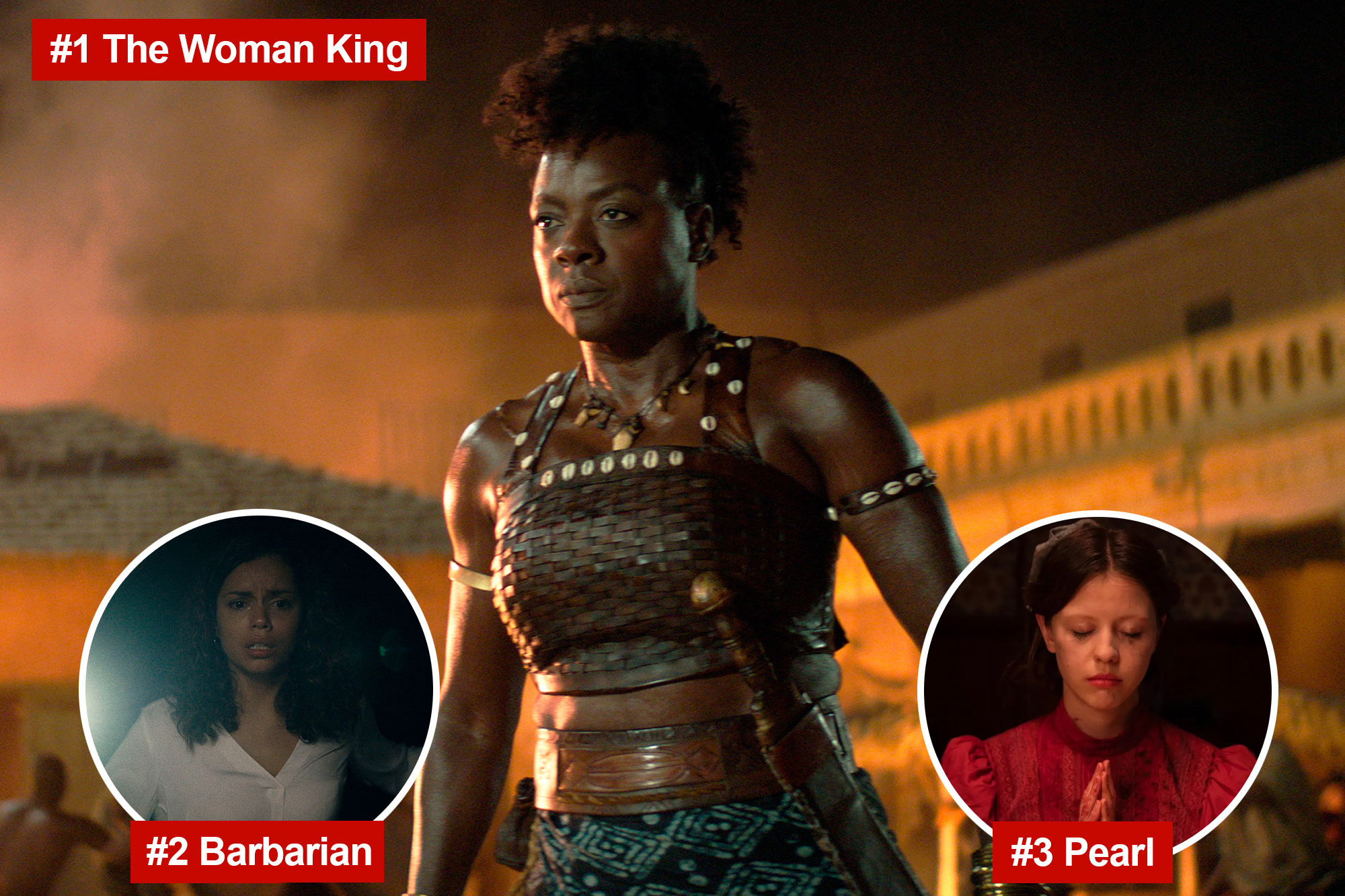 “The Woman King” held court docket at the box office on its opening night.

The historic epic raked in $6.85 million when it was launched in theaters on Friday, according to IMDB’s Box Office Mojo.

Produced by and starring Viola Davis, The Washington Post called the film the actress’ “ultimate flex.”

The drama, which value $50 million to make, is projected to absorb anyplace from $13.5 million to $22.5 million throughout its home debut, according to Forbes.

Clubbing its option to second place was “Barbarian” which earned over $1.96 million.

The horror-thriller, which Vogue said is one in all “the very best causes to go to the films proper now,” tells the story of a younger lady, performed by Georgina Campbell, who discovers the distant residence she booked on Airbnb was double-booked by a person, portrayed by Bill Skarsgård.

“Pearl,” the prequel to Ti West’s “X,” landed in third with over $1.3 million in gross sales on Friday, its opening night. The horror flick has “some intercourse and loads of gore, however principally an environment of feverish, lurid melodrama leavened with winks of figuring out humor,” according to its review in The New York Times.

The homicide thriller “See How They Run” jogged to fourth place with just a little over a $1 million-dollar take.

“Bullet Train,” which opened on Aug. 5, slowed right down to fifth place this week with $700,000 in gross sales. The Brad Pitt-led motion flick has taken in $94.6 million domestically and $119.3 million in worldwide gross sales since its debut.