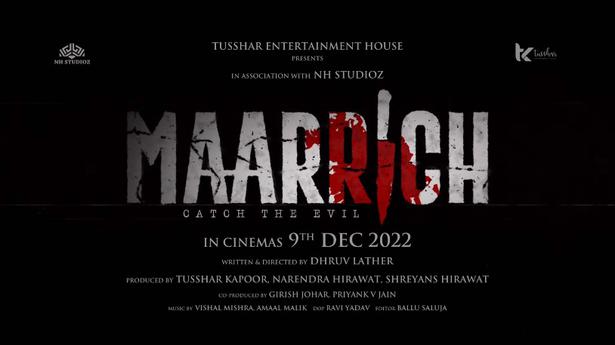 Actor Tusshar Kapoor on Tuesday introduced that his upcoming film (*9*) can be launched in theatres on December 9.

Also starring veteran actor Naseeruddin Shah, the film is Tusshar’s second movie as a producer after the Akshay Kumar-starrer Laxmii via his banner Tusshar Entertainment House.

Billed as a whodunit, (*9*) is written and directed by Dhruv Lather, and options Tusshar within the function of a police officer.

“This movie may be very shut to my coronary heart for a number of causes. ‘(*9*)’ is my second movie after ‘Laxmii’ as a producer and I’m additionally going to be reuniting with Naseeruddin Shah Saab after a really very long time.”

“The movie has challenged me as an actor on many ranges as it’s totally totally different from the work that I’ve been related to earlier, I hope the audiences like this new shade of mine. Super excited to convey ‘(*9*)’ to the audiences in cinemas on December 9,” Tusshar stated in an announcement.

Tusshar and Naseeruddin beforehand starred collectively within the 2011 acclaimed movie, The Dirty Picture.

(*9*) is introduced by Tusshar Entertainment House in affiliation with NH Studios.