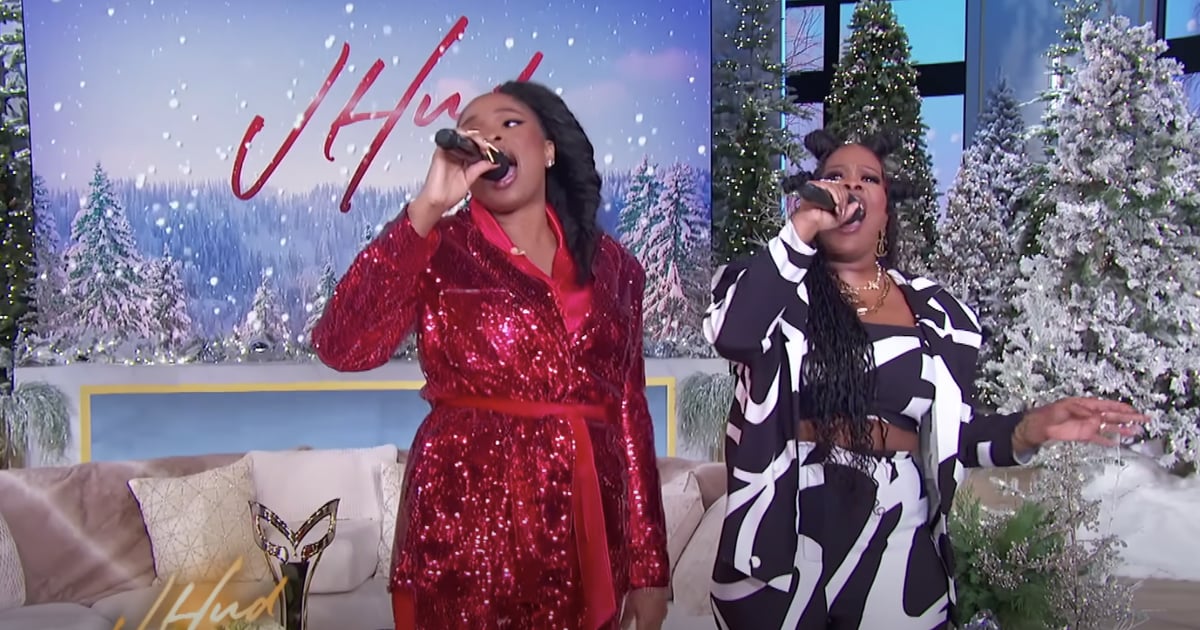 Amber Riley and Jennifer Hudson handled a TV viewers to a hell of a efficiency on Monday when the powerhouse singers united for an epic “Dreamgirls” duet. Hudson invited the newly crowned “Masked Singer” winner on her discuss present on Dec. 5, and after discussing Riley’s profession, the 2 joined forces to sing the well-known hit “And I Am Telling You I’m Not Going.” They each have ties to the monitor, as they carried out the music whereas taking part in the function of Effie within the traditional musical — Hudson within the 2006 movie model and Riley on stage in London’s West End from 2016 to 2017.

Hudson and Riley made a recreation of their efficiency and hid behind a bunch of Christmas timber whereas the viewers guessed whose vocals had been whose. “Tear down the mountains / Yell, scream, and shout / You can say what you need / I’m not walkin’ out,” sang Hudson, whereas Riley belted out, “Stop all of the rivers / Push, strike, and kill / I’m not gonna go away you / There’s no method I’ll.”

They then reappeared on stage for his or her grand finale and tore the home down with a masterful supply of the music’s closing refrain. And sure, they each sang that iconic run on the finish. Watch the pair’s gorgeous “Dreamgirls” efficiency above.