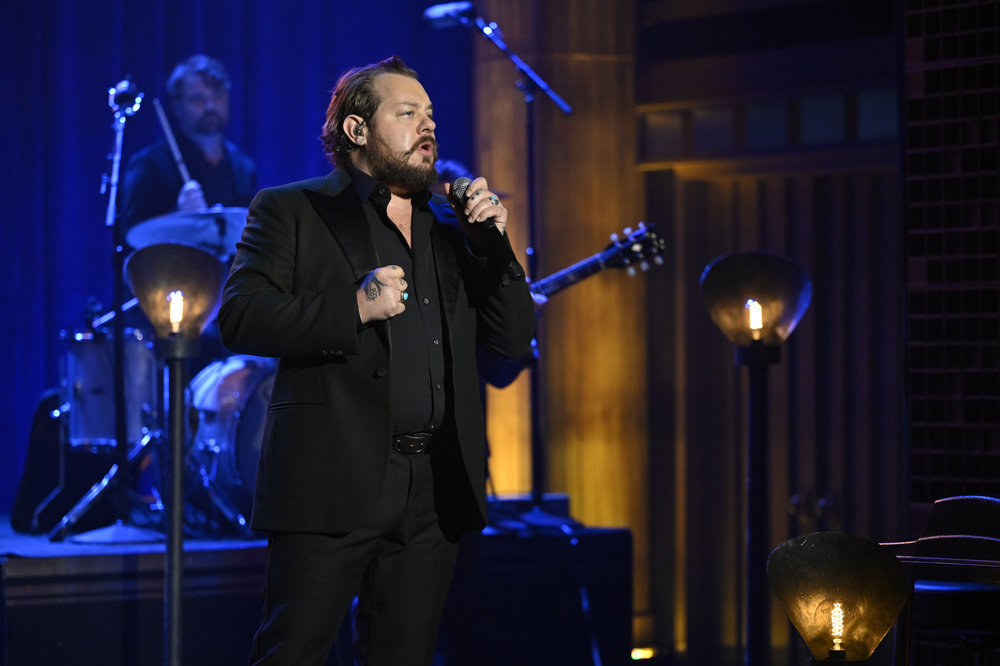 Song comes off the band’s newest album, The Future, which dropped final fall

Nathaniel Rateliff & The Night Sweats stopped by The Tonight Show to carry out their track “Face Down in the Moment.” To showcase the mid-tempo crooner, Rateliff took middle stage on vocals after kicking issues off on the keyboards.

“Face Down in the Moment” comes off the group’s most up-to-date LP, The Future, which arrived final November. The album is the band’s third effort and the follow-up to Rateliff’s 2020 solo album, And It’s Still Alright. Last 12 months, the band appeared on The Tonight Show to carry out single “Survivor” and the extra intimate album minimize “Baby I Got Your Number.”

Rateliff and the Night Sweats wrote and recorded The Future at the singer’s studio close to Denver with producer Bradley Cook (Bon Iver, Brent Cobb).

“I have a look at the album total as an enormous query,” Rateliff mentioned in a press release. “When I used to be writing the document we have been in the center of a pandemic and our future seemed fairly bleak. I simply proceed to attempt to write from a spot of hope. Then my very own neurosis, and possibly being a libra will get in the means, and I can’t make up my thoughts. There is that this fixed forwards and backwards battle in me personally and I’m certain that comes out in my writing.”

The band is at present on tour in the U.S. to help The Future. They will carry out as a part of Austin City Limits and Shoalsfest in October earlier than opening for Marcus Mumford at Denver’s Ball Arena in December.