‘What The Hell Navya’: Three generations of Bachchan family come together for a fun podcast show 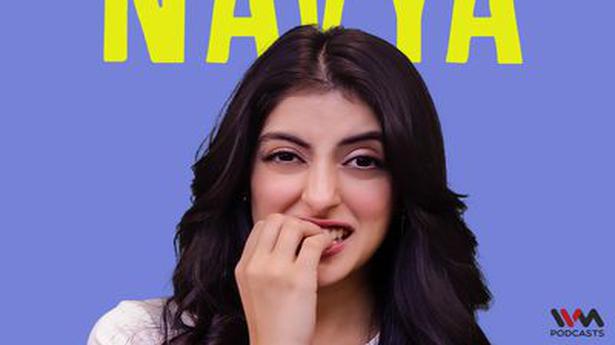 The podcast premieres on September 24 on IVM Podcasts, with new episodes dropping each Saturday

The podcast premieres on September 24 on IVM Podcasts, with new episodes dropping each Saturday

Navya Naveli Nanda, the granddaughter of Amitabh Bachchan and Jaya Bachchan, is internet hosting her personal podcast show titled What The Hell Navya. The first episode of the sequence has Navya speaking to her mom Shweta Bachchan Nanda and her grandmother Jaya, the promo trailer of which was launched by IVM Podcasts lately.

The three generations of the family “come together to share tales you may have by no means heard earlier than,” says the promo video. From the definition of like to finance, fame, private tales and secrets and techniques, the matters lined are a lot.

What The Hell Navya will premiere on September 24 on IVM Podcasts, with episodes dropping each Saturday. Produced by IVM Podcasts, the podcast is empowered by Bumble India.

Meanwhile, Jaya Bachchan, who was final seen in 2016’s Ki & Ka, shall be seen subsequent in Karan Johar’s Rocky Aur Rani Ki Prem Kahani. The actor will star alongside Dharmendra, Shabana Azmi, Alia Bhatt and Ranveer Singh within the movie.